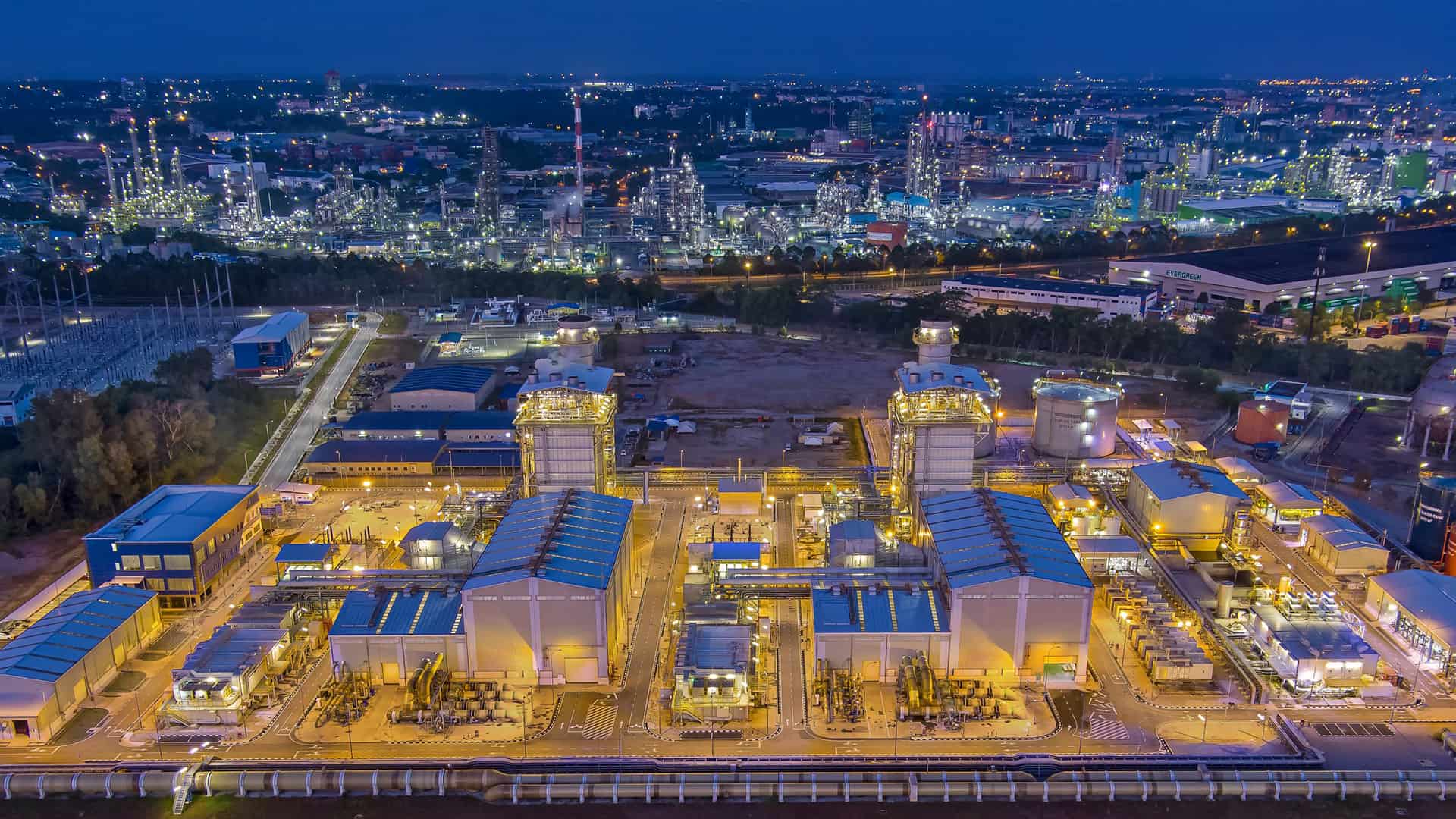 Technology Triumph: Track 4A Is POWER’s Plant of the Year

Winning POWER’s highest honor is Track 4A, Southern Power Generation’s 1.4-GW natural gas-fired power plant in southern Malaysia that is equipped with the first commercial GE 9HA.02 gas turbines—one of the world’s largest and most efficient power-generating models. Though jolted by the pandemic, an international team brought this first-of-a-kind plant online through innovative continuity efforts. The project is today a showcase of advanced technology integration and a meaningful model for balancing climate awareness, energy affordability, and reliability in power-hungry Southeast Asia. 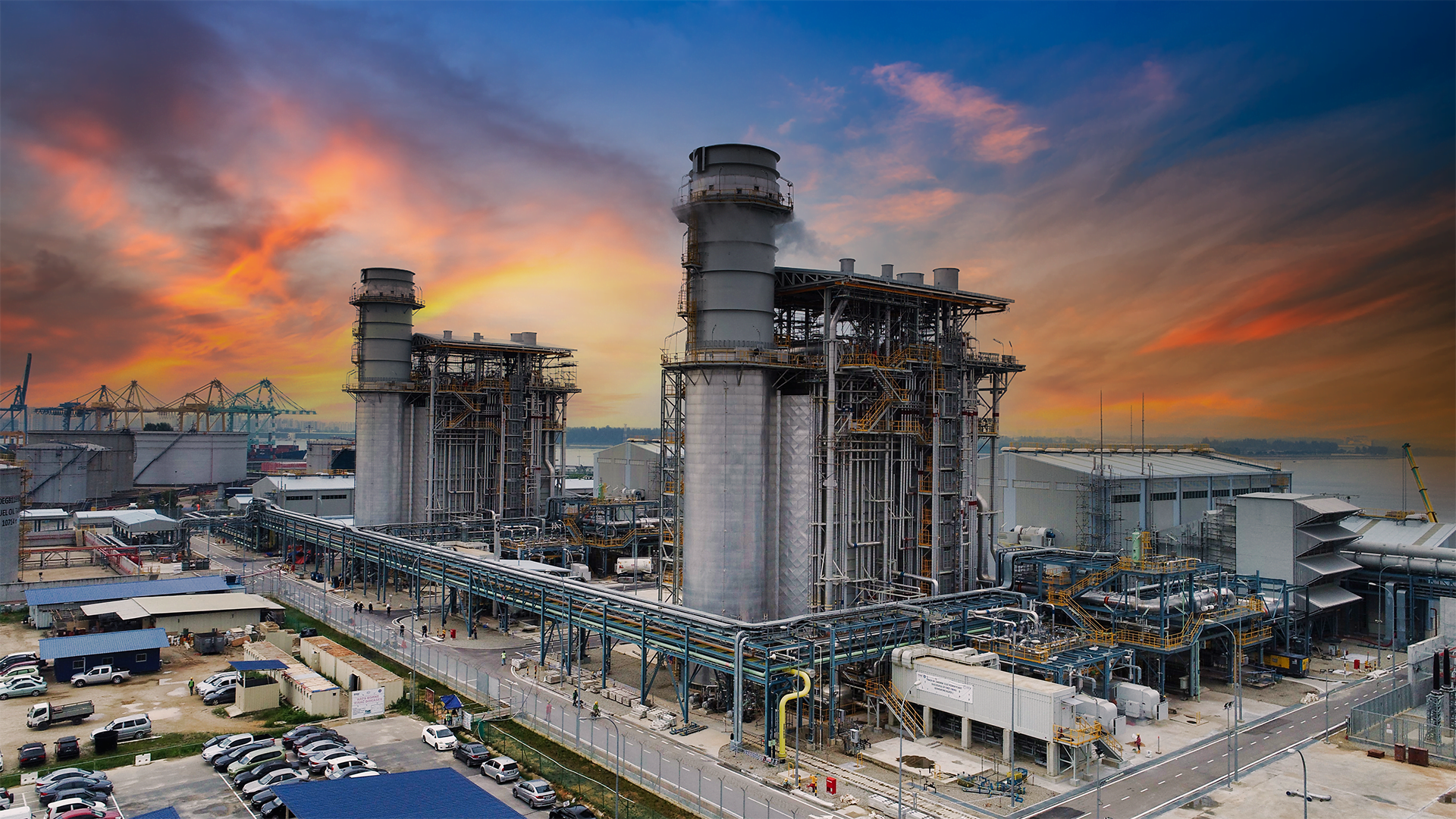 Jim Vono, services general manager for GE Power’s Asia Pacific and South Asian division, recalled a poignant moment in mid-March 2020, mere days before Malaysia’s government instituted a partial lockdown as an early response to the deadly COVID-19 pandemic. It was as thousands of people around the world who were involved in the design, testing, and construction of the world’s first GE 9HA.02 gas turbine model awaited news of first fire at Unit 1 of the two-unit 1,440-MW Track 4A power plant in Pasir Gudang. The milestone had crested from a “collective success, when tracked from the project’s notice to proceed” in October 2017. “It was quite incredible,” said Vono. The 9HA.02 “is a massive, massive piece of equipment, and to see it leave the factory, all the complexity of moving that massive equipment to a port, put on a ship to get it to site, removing it, transporting it, and then placed on its foundation—and eventually see it all put together to create this amazing feat of engineering and physics,” he said. “It’s special.”

But for all the activity that led up to that tremendous accomplishment, in the weeks that followed it, the government handed down more movement control orders, abruptly slowing the project’s trajectory. However, the project ultimately achieved commercial operation for Unit 1 on Jan. 1, 2021, and Unit 2 on Feb. 19, 2021. Even if well behind initial operation dates of June 2020 for Unit 1 and August 2020 for Unit 2, it was a feat accomplished, having overcome unprecedented, potentially paralyzing challenges.

But Track 4A is also POWER’s 2021 Plant of the Year Award winner because the landmark $1.1 billion project showcases an array of first-of-their-kind equipment. It both delineates a marked advancement for gas turbine technology and integrates it into a larger state-of-the-art system that is equipped to address present and future hurdles anticipated within a rapidly changing power landscape. Today, while the plant ensures reliability of a power-hungry region, it also provides affordable power that caters to government-led climate change mitigation efforts.

As laudable is that the project was a marvel of collaboration between some of the world’s biggest firms, including the intercontinental partnership that built it, which comprised U.S.-based technology conglomerate GE and Taiwanese engineering, procurement, and construction (EPC) services giant CTCI Corp.

These aspects are more remarkable considering that the team, forced to partially manage crucial project phases remotely, kept all the workers safe. As the project owner’s engineer AFRY Malaysia Sdn Bhd underscored, though the pandemic jolted its schedule, the project began successful commercial operation in February 2021, following a chaotic 39 months for Unit 1 and 40 months for Unit 2. That’s a total of 10 million man-hours—with zero lost-time injuries.

Borne Out of Crisis

The award-winning project’s story began in 2014, when Malaysia’s Energy Commission (EC) awarded SIPP Energy, a private vehicle, a fast-track project tender—“Track 4A”—to build, by 2018, two 720-MW combined cycle gas turbine (CCGT) power plants in Pasir Gudang through its special purpose vehicle Southern Power Generation (SPG). At the time, Peninsular Malaysia was grappling with power disruptions, forcing Tenaga Nasional Berhad (TNB), Malaysia’s largest electrical utility and a private company that is wholly owned by the government, to repeatedly import power from Thailand and Singapore to stabilize the grid. The EC deemed Track 4A essential for Pasir Gudang, a mangrove-fringed city in the southernmost reach of mainland Asia in Peninsular Malaysia’s state of Johor, which has long shouldered the region’s industrial activity. Strategically located just across the narrow Johor strait from Singapore, the city functions as an important international port and services hub in Asia, bolstered by its palm oil, petrochemical, and IT industries.

TNB at first withdrew but then returned to the project in 2017 with the acquisition of a 51% share in SPG, citing approval from the EC, as well as expected “earnings accretive to TNB” upon Track 4A’s scheduled commercial operation date. TNB, notably, raised its share in SPG to 70% in September 2020.

As Rizal Nordin, managing director at SPG, told POWER in June, Track 4A’s commercial operation increased Peninsular Malaysia’s generating capacity to 25,962 MW. But it also helps the nation meet its climate ambitions, he said. In 2017, as project development ramped up, the country was working out its now-official nationally determined contribution (NDC) to the Paris Agreement to reduce the intensity of its carbon emissions by 45% compared to 2005 levels by 2030. The country has also set a 20% renewable target by 2025. However, the EC suggests 11.6 GW of plant retirements, mostly coal-fired plants, are expected by 2029, which means Peninsular Malaysia will need at least 9.3 GW of new power capacity by the end of 2030 to meet demand growth and maintain system reliability.

Today, both Track 4A plants are fully operated and maintained by REMACO, a subsidiary of TNB Power Generation that develops, operates, and maintains the latter’s portfolio of power generating units. Owner SPG supplies power to TNB through a 21-year power purchase agreement (PPA). 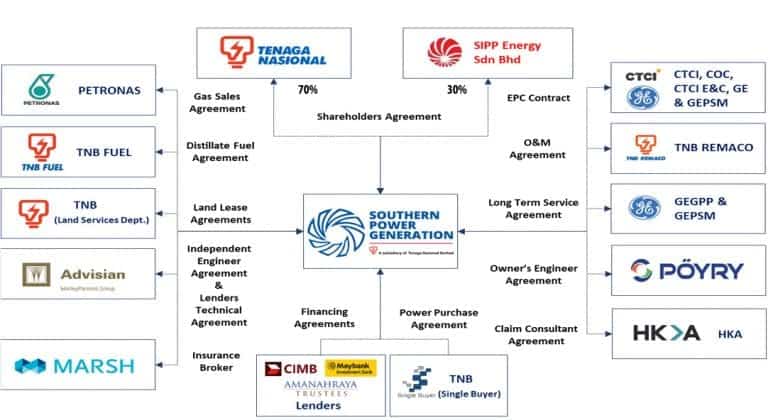 According to SPG, the option to build gas-fired generation was also bolstered by TNB’s long-term gas supply framework with Malaysia’s state-owned oil and gas firm Petronas. Meanwhile, TNB had also previously worked with GE on other plants. Another crucial decisive factor related to shaping the project—including choosing its technology and key contractors (Figure 1)—was rooted in a vision to operate an efficient and reliable plant through the next 20 years, said Norlida Binti A. Manaf, corporate and business support director at SPG.

“GE was pretty advanced in terms of this technology as compared with other providers,” while SPG was determined to secure state-of-the-art technology. That’s why developers went with the first-of-its-kind 9HA.02 technology, she explained. “Some people may say that’s a big risk,” but SPG chose “the best in the market,” both to provide the necessary flexibility required in the present market as well as accommodate dramatic shifts forecast for the global power landscape, she said.

Another significant factor that likely boosted GE’s prospects is that the U.S. company bid for the EPC contract as part of a strategic consortium with Taiwanese EPC service provider CTCI. As Anthony Hsu, project manager at CTCI Corp. explained to POWER, the two companies’ synergies had already been proven.

“CTCI and GE have worked closely on several power plant projects in the Asia-Pacific region. We built an extensive track record of delivering and commissioning leading projects, including nuclear, thermal, cogeneration, and combined cycle power plants,” Hsu said. “Combining our strengths in project management, engineering, and construction management with GE’s cutting-edge machines, we have established a competitive EPC partnership.”

Under the EPC contract, for which the companies received a notice to proceed in October 2017, CTCI spearheaded project management, engineering, and procurement of balance of plant (BOP); overall construction management; and BOP commissioning works, Hsu said.

AFRY Malaysia, part of AFRY Group—an international engineering, design and advisory company, formerly known as Pöyry Energy—meanwhile, served as the owner’s engineer, undertaking “project management and all duties and responsibilities expected from an experienced and skilled consultant for the EPC works,” the company told POWER. It also conducted the detailed engineering review, construction supervision, and commissioning assistance for the plant and interconnecting facility to meet contractual requirements for SPG’s role in the EPC contract and PPA.